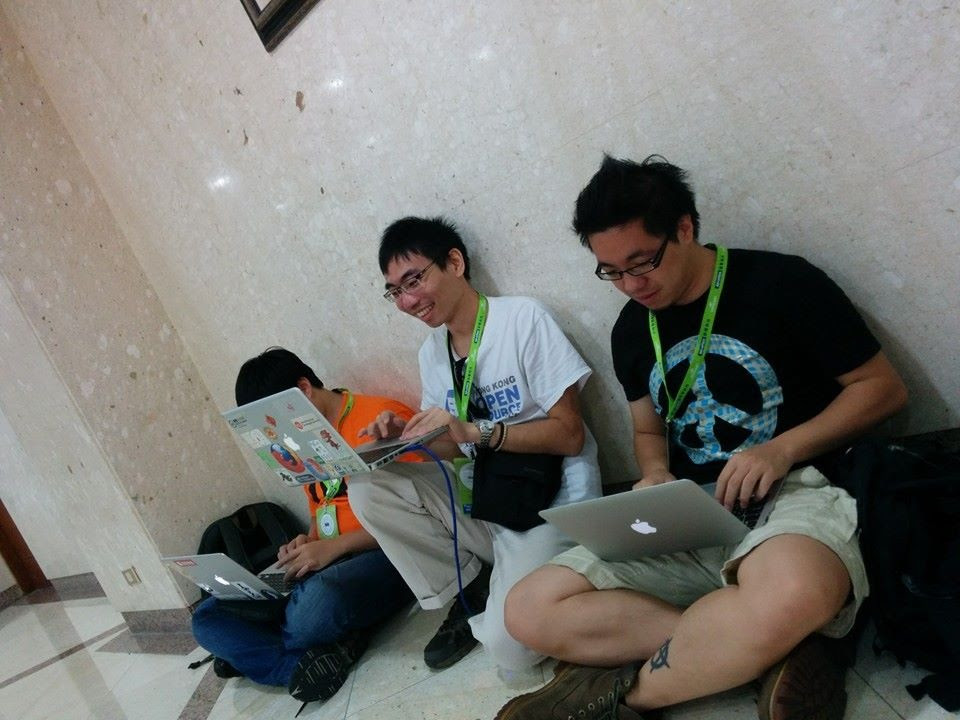 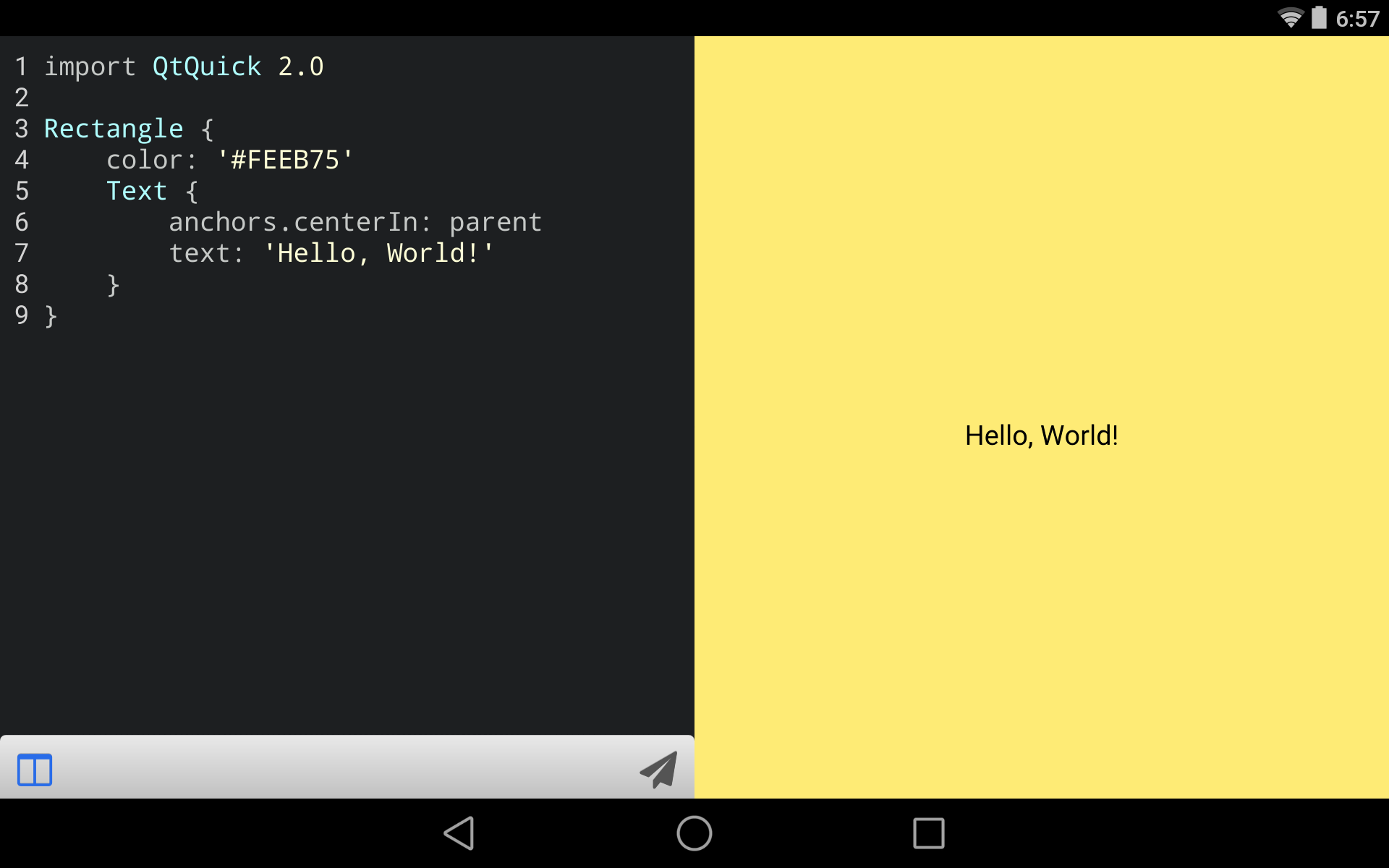 Terrarium for iPad is now available on App Store

Terrarium, the QtQuick Editor/Viewer, is now available on App Store: 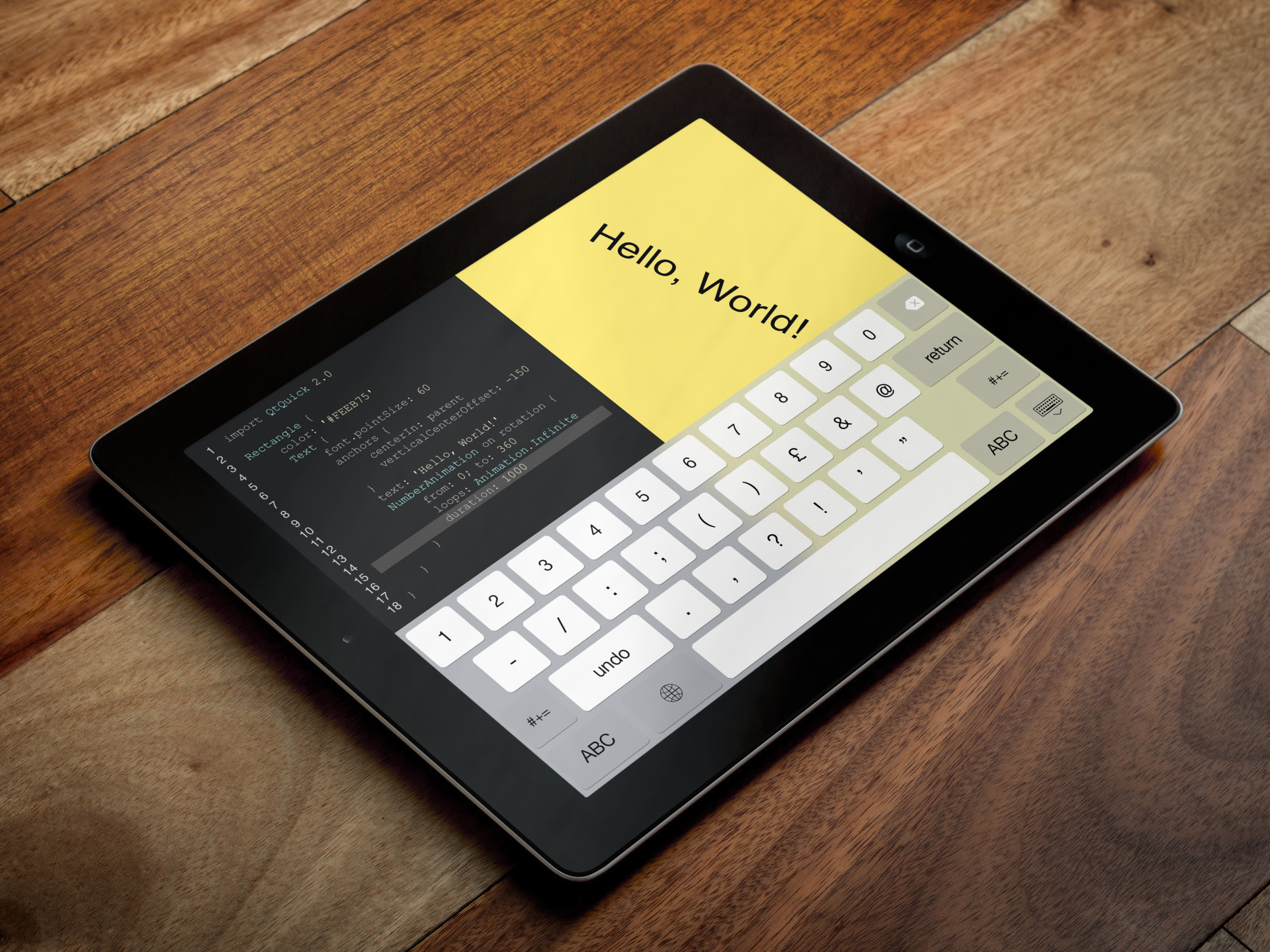 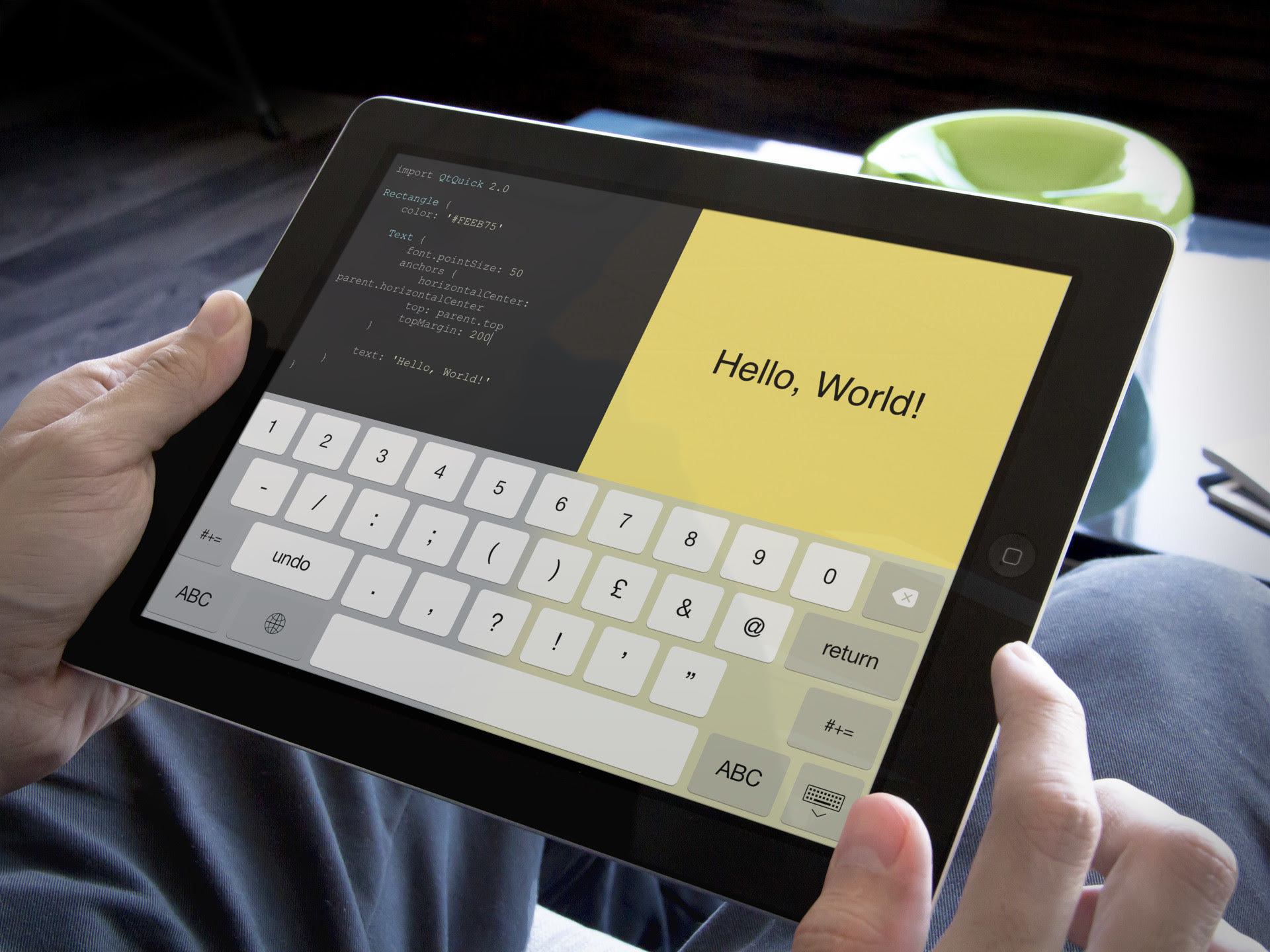 Get It on Google Play

Terrarium is now available on Google Play! And you can find it for Mac OSX or Ubuntu Linux (amd64 / i386) too! Please refer to the install section on project website.

Build your code normally with qmake && make, install it to a destination, say, android-terrarium:

Pack and sign the APK by androiddeployqt command: Here's the catch: 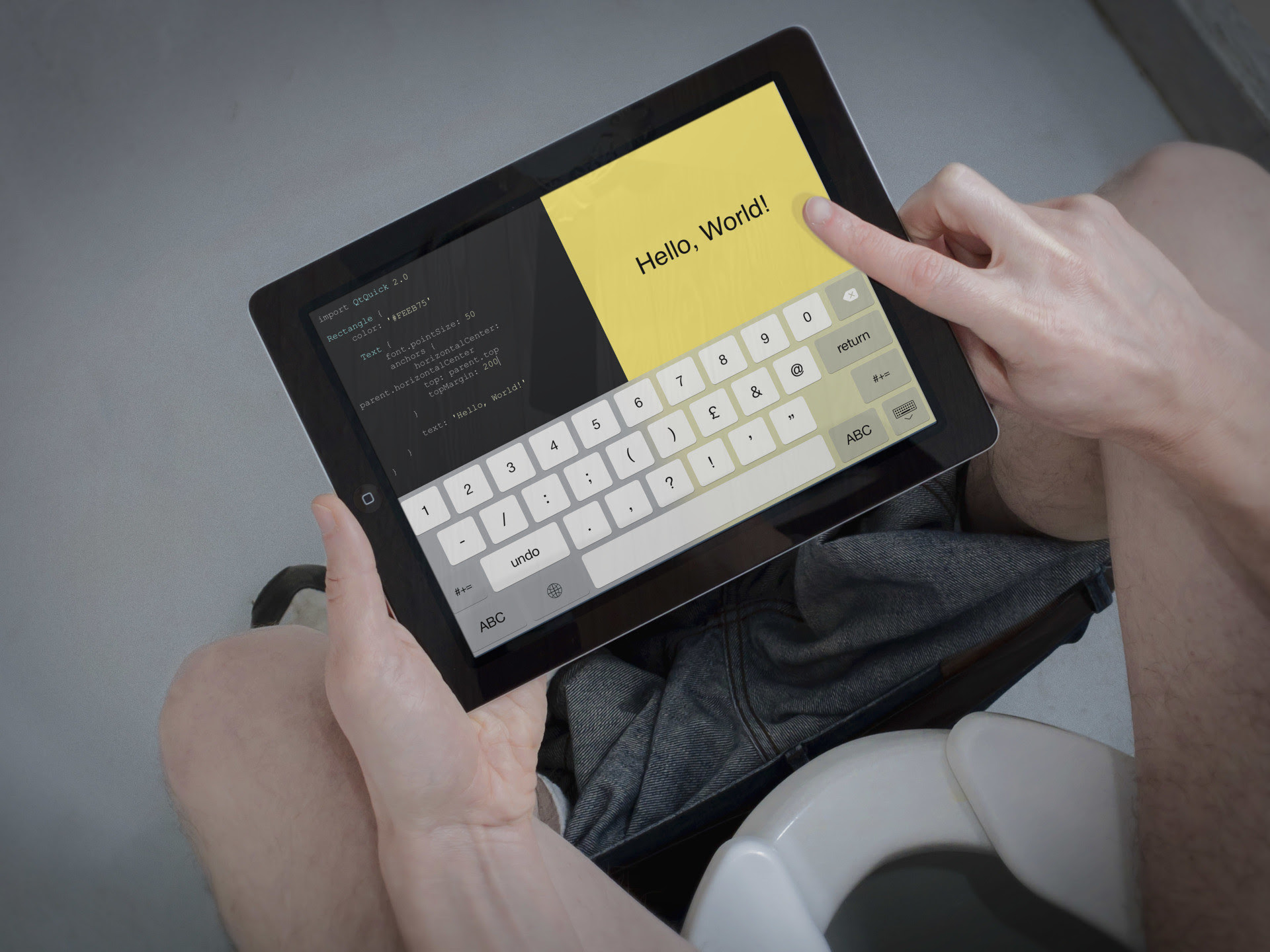 Terrarium is a cross platform QML playground, the view changes lively as you type in the editor, makes prototyping and experimenting with QtQuick a lot more fun!

We have already ported Terrarium to Ubuntu desktop and tablet, Mac OSX, iOS, and will be available in Apple App Store and Google Play as a free download soon.

If you have any idea or question, please feel free to write me a mail, ping me on twitter or send a PR on github, happy hacking! 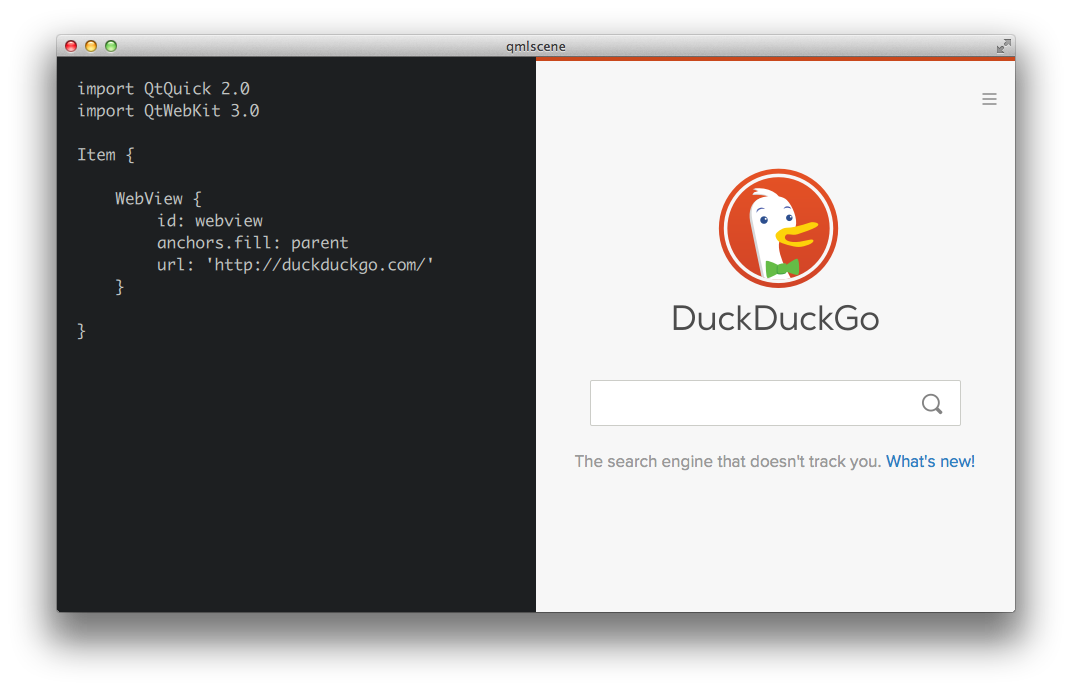 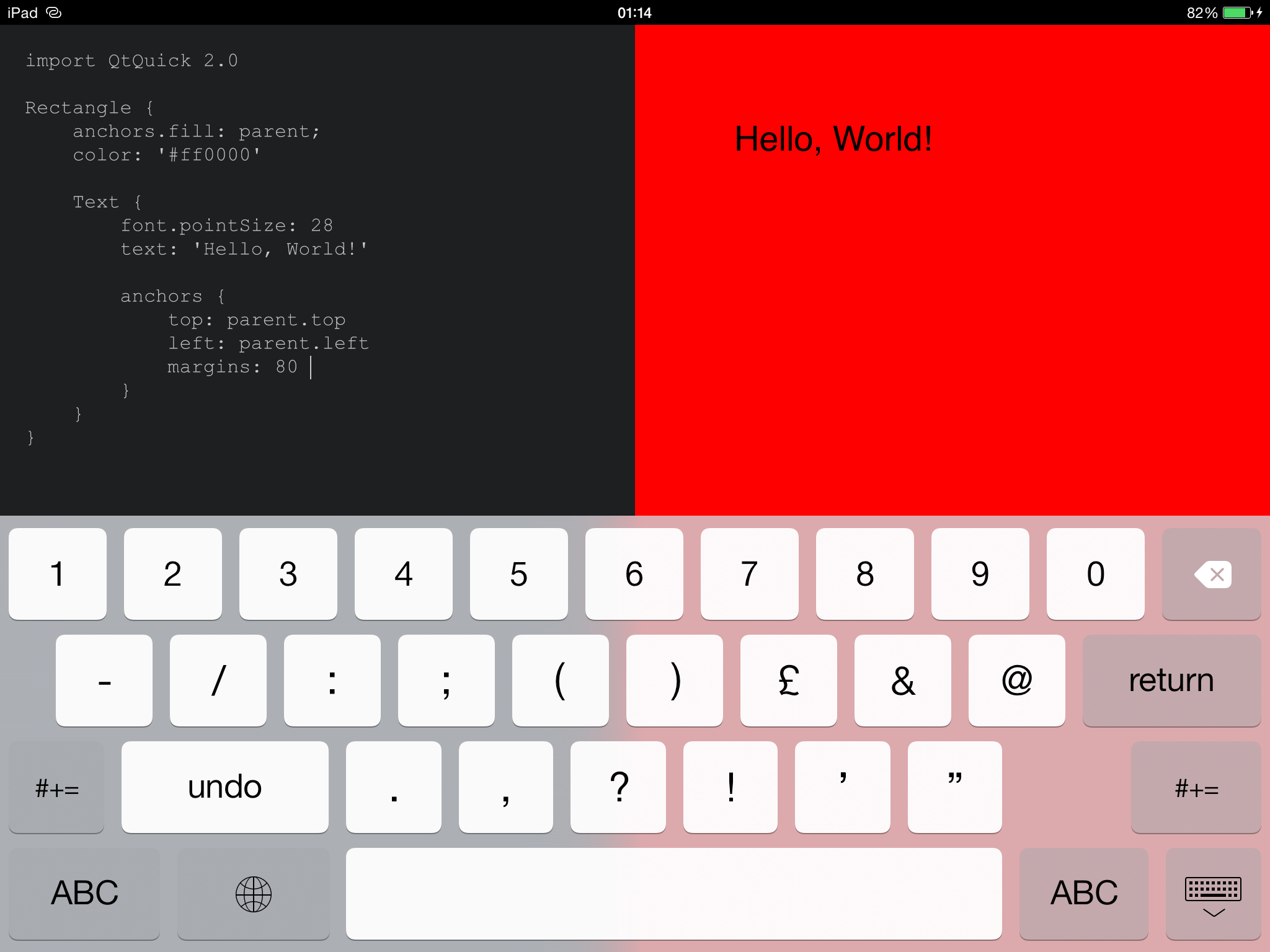 Digia recently released Qt 5.3, but it reads like they provides Qt WebEngine exclusively for their Qt Enterprise Embedded customers, which is not true because you can totally build it from source, and it even works on EGLFS QPA without any modification. 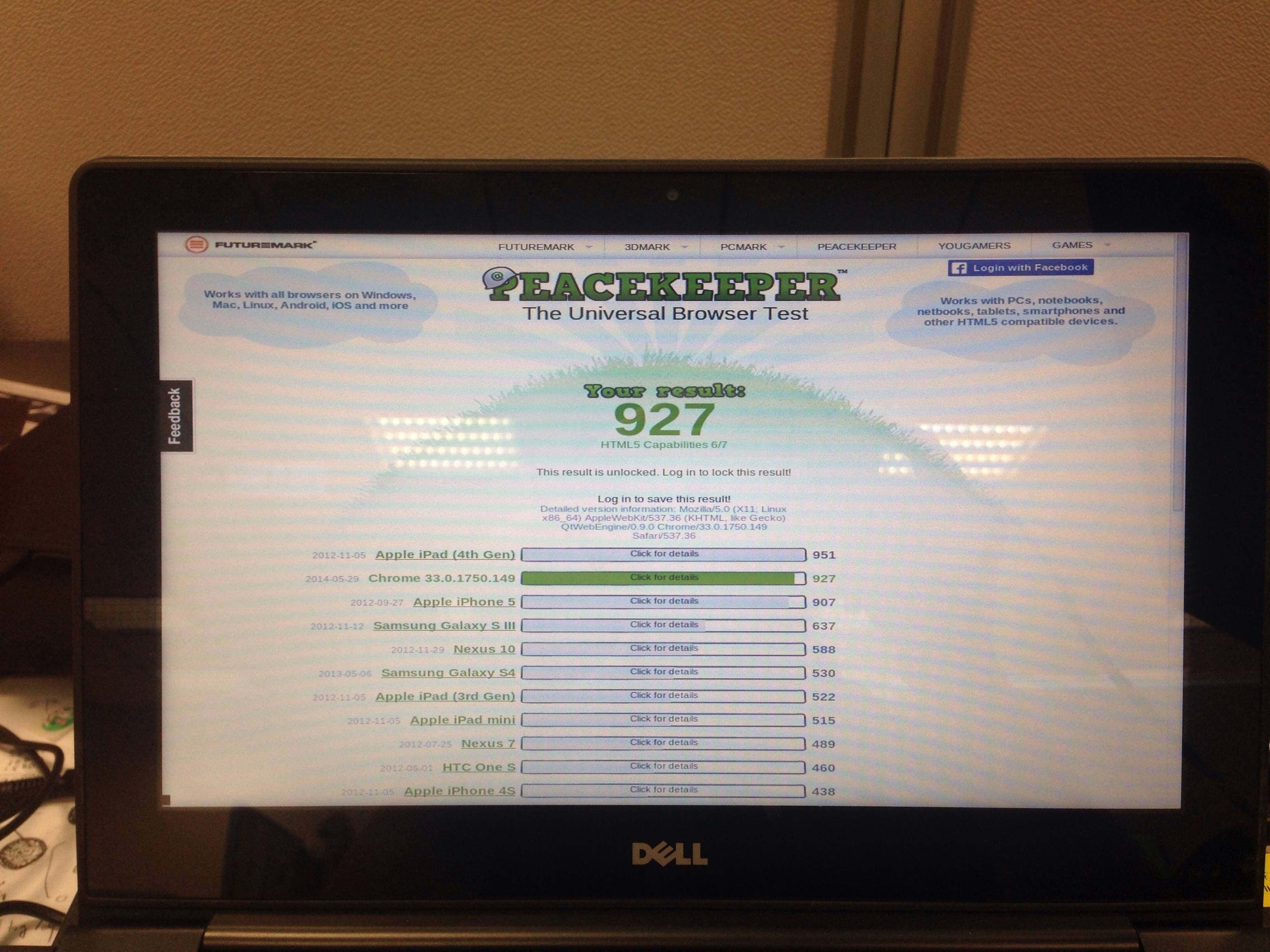 All you need to do is:

I've also uploaded pre-built deb packages of Mesa 10.1, Qt 5.2.1 and QtWebEngine for Ubuntu 14.04 AMD64.
NOTE: this may breaks your desktop Mesa and GL driver, use at your own risk.

If you're looking for a minimal QtWebEngine QML example, here it is: https://gist.github.com/penk/dea91ab88e3e8c838662. 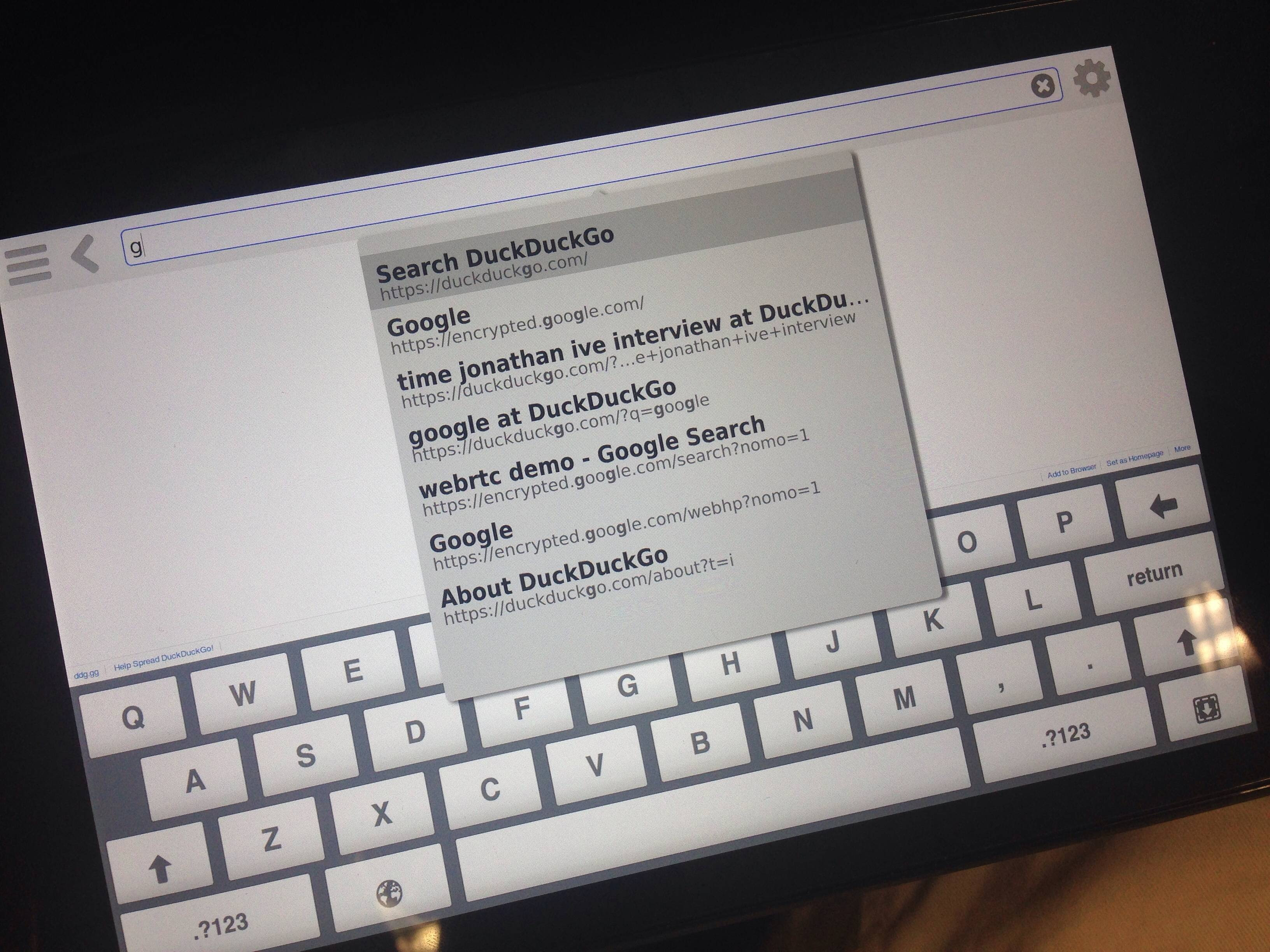 Today we announce the first technical preview of SlateKit Base for Nexus 7 (2013), the platform-specific port, alone with other UI components like SlateKit Shell, LockScreen and Keyboard.

Theoretically this rootfs works for all Android 4.4 system with HW composer 1.1/1.2, so I'll try to enable it on other SoC and make an installer.

If you find this interesting or useful, welcome to join the project on Github, and ping me on Twitter @penk or penkia@gmail.com. 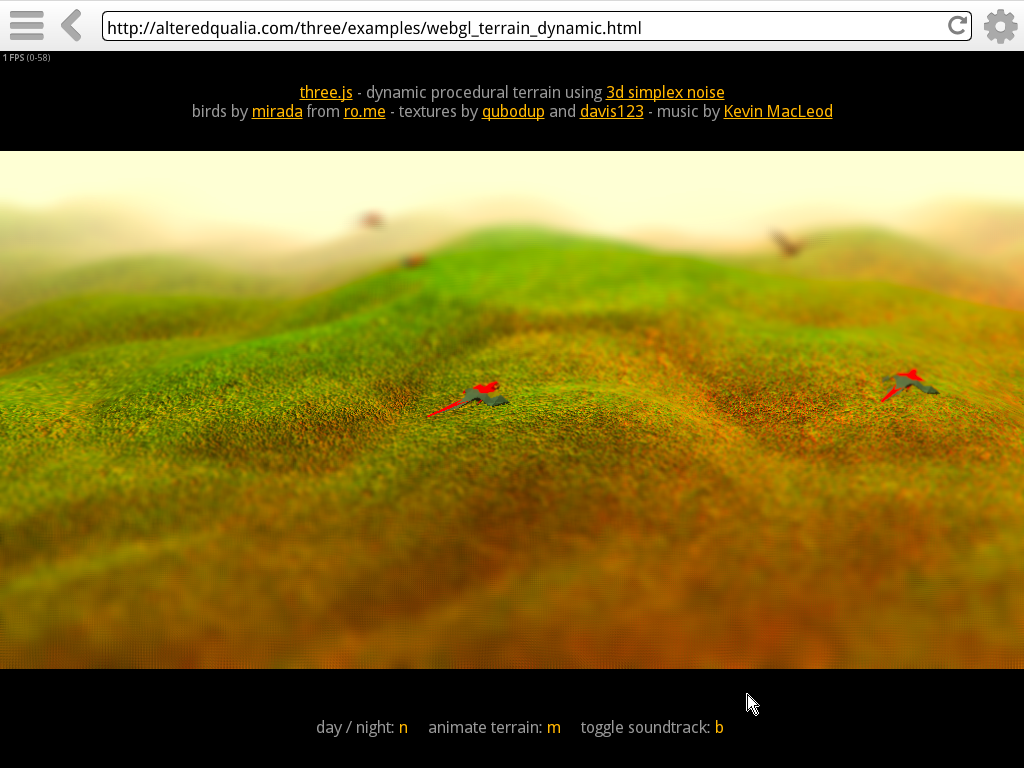 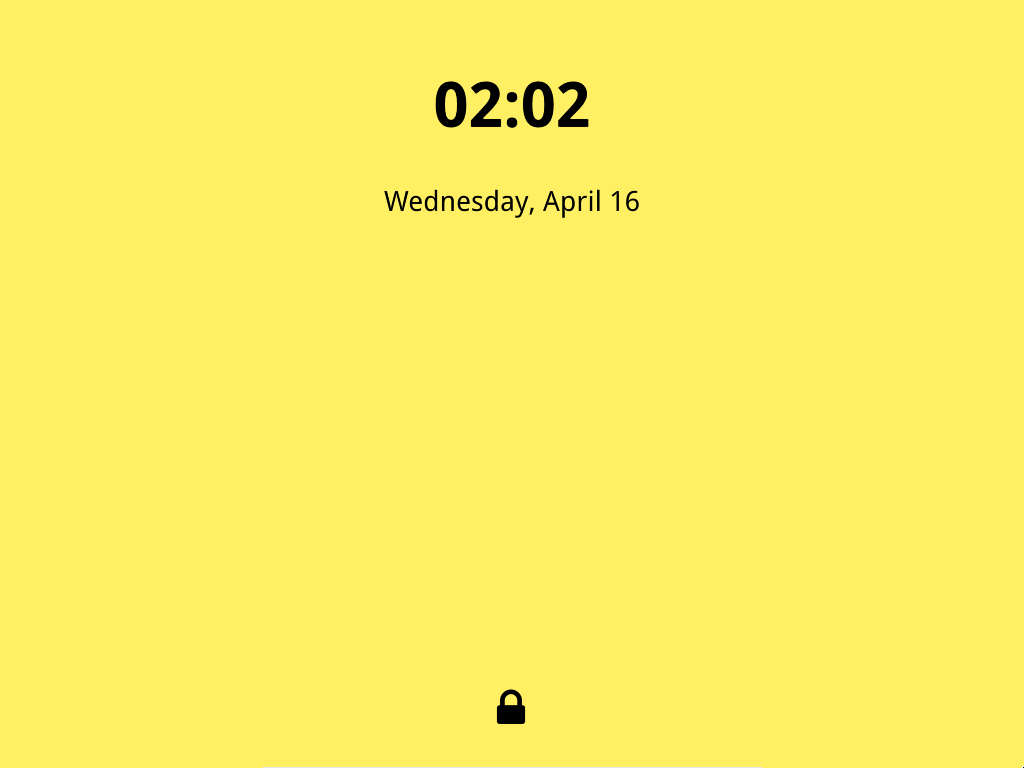 Hope I didn't cram too much information on the title, but things happens fast and I've got so many to share. 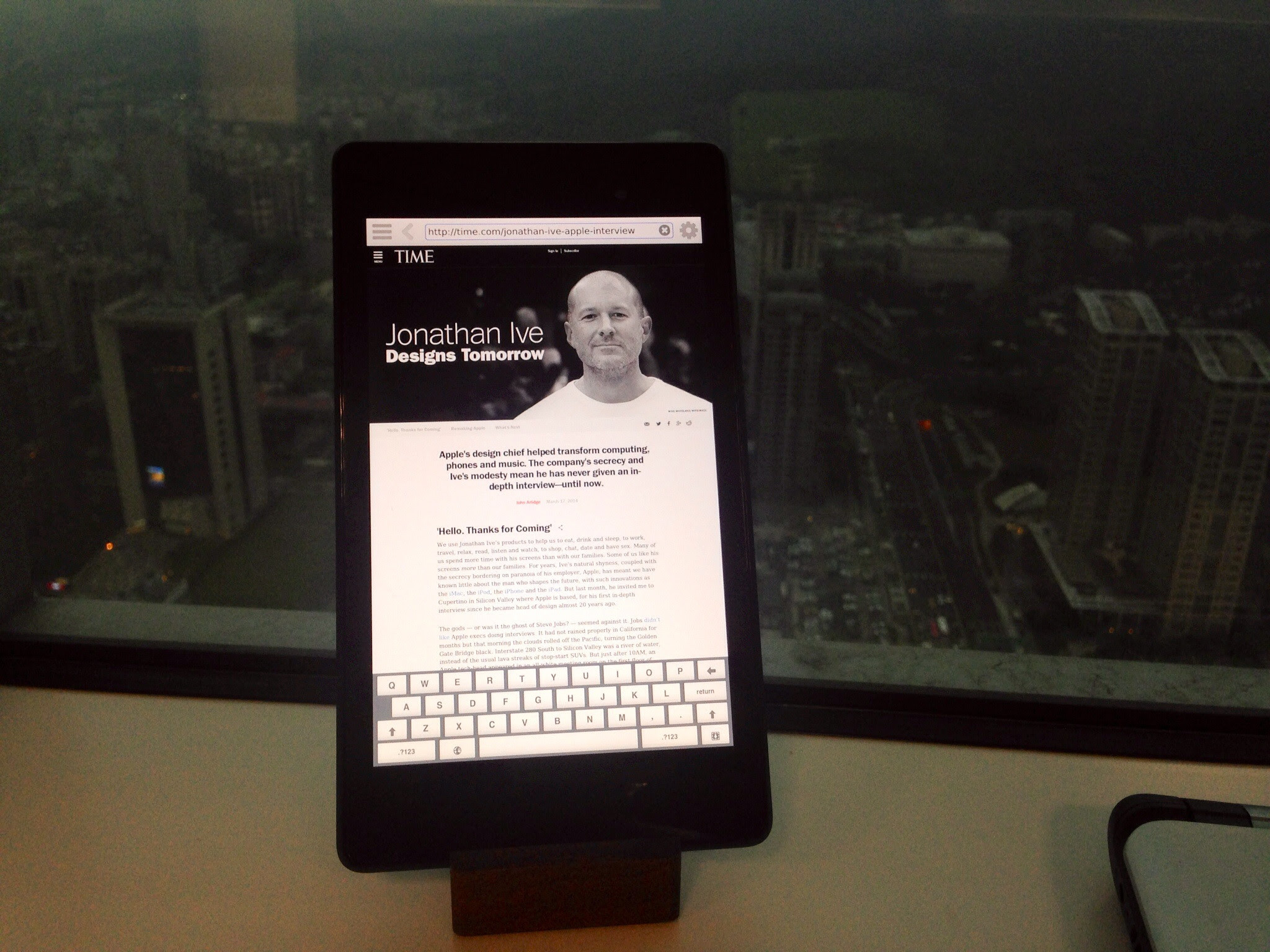 First things first, with the help of Ubuntu Touch base image and hwcomposer QPA from Mer project, SlateKit is now running smoothly on Nexus 7 (2013) flo device. I'll be working on an image release soon.

Here's the slides of my talk at OSDC.tw 2014, great audiences and a great conference.

A nice guy made an unofficial record on ustream.tv, go check it out (in Mandarin Chinese)! 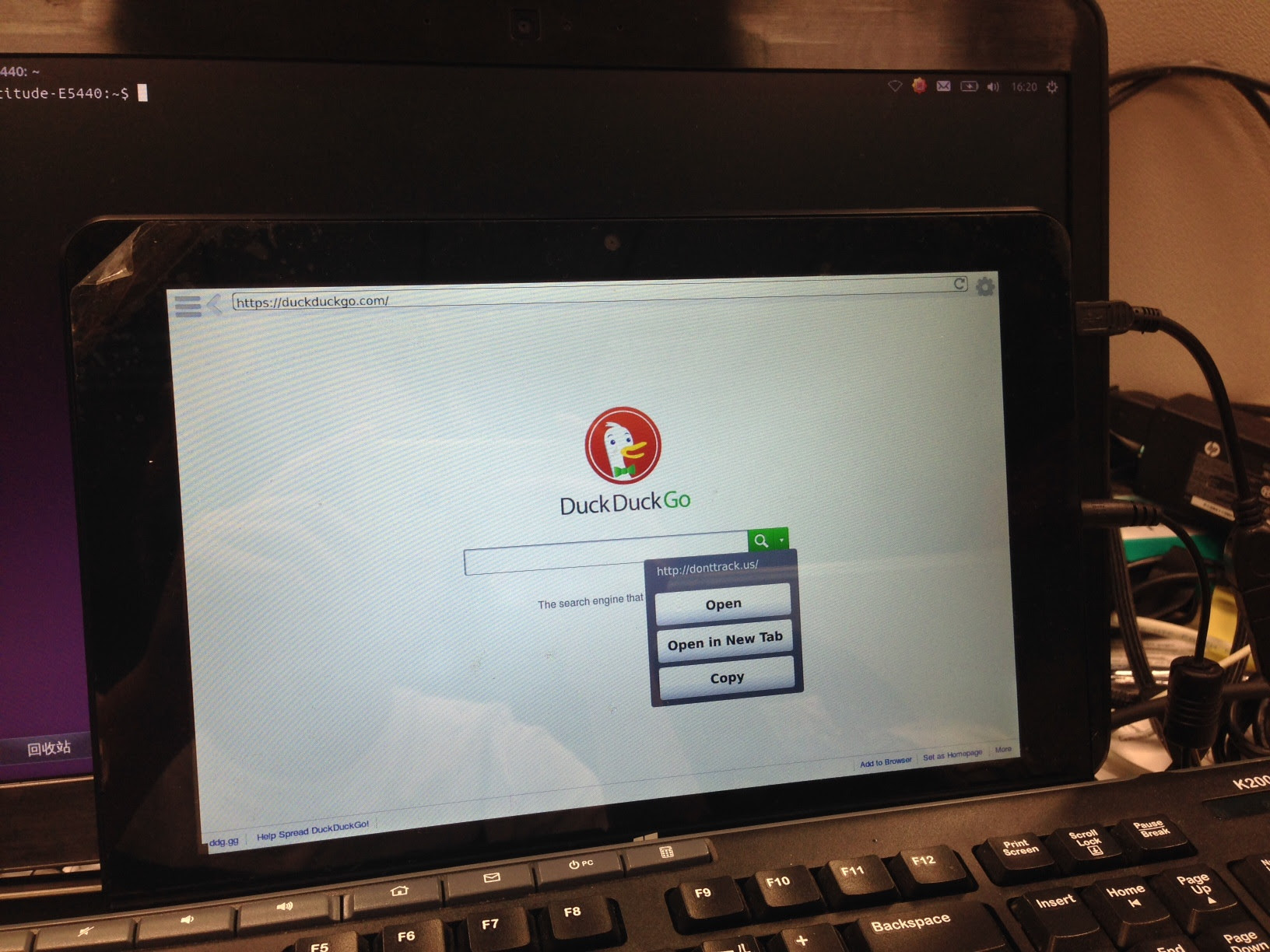 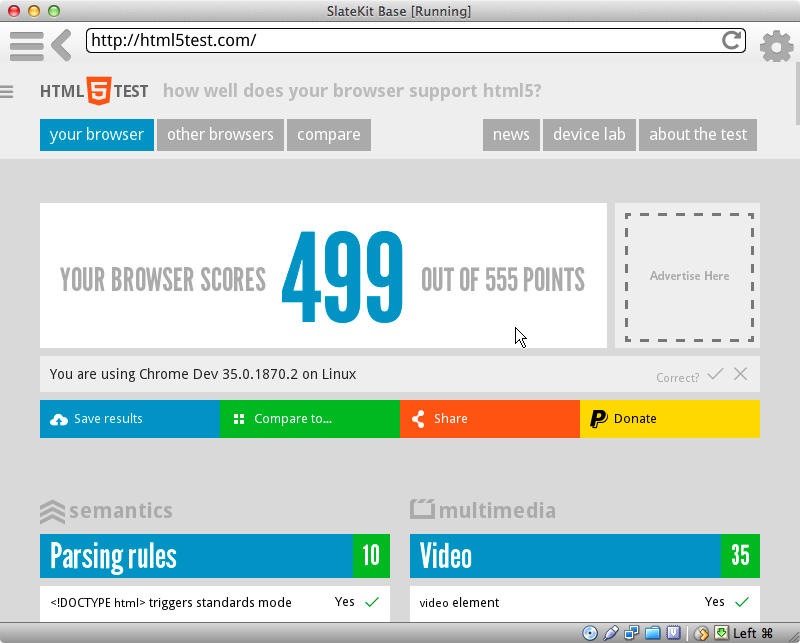 As Oxide developed further, more and more features has been re-enabled in the Ubuntu Touch webbrowser app, that gives us a very good example on how to port a QtWebKit application over Oxide WebView, especially the renderer-related user script and context menu.

To explain that I've created an example of Oxide WebView with user script, note that experimental.userScripts and experimental.onMessageReceived are replaced by WebContext and ScriptMessageHandler. You may also checkout the Oxide branch of SlateKit Shell.

Most of works are done in one commit, with following features enabled:

The Reader Mode and UserAgent Switch are temporarily disabled in Oxide branch. 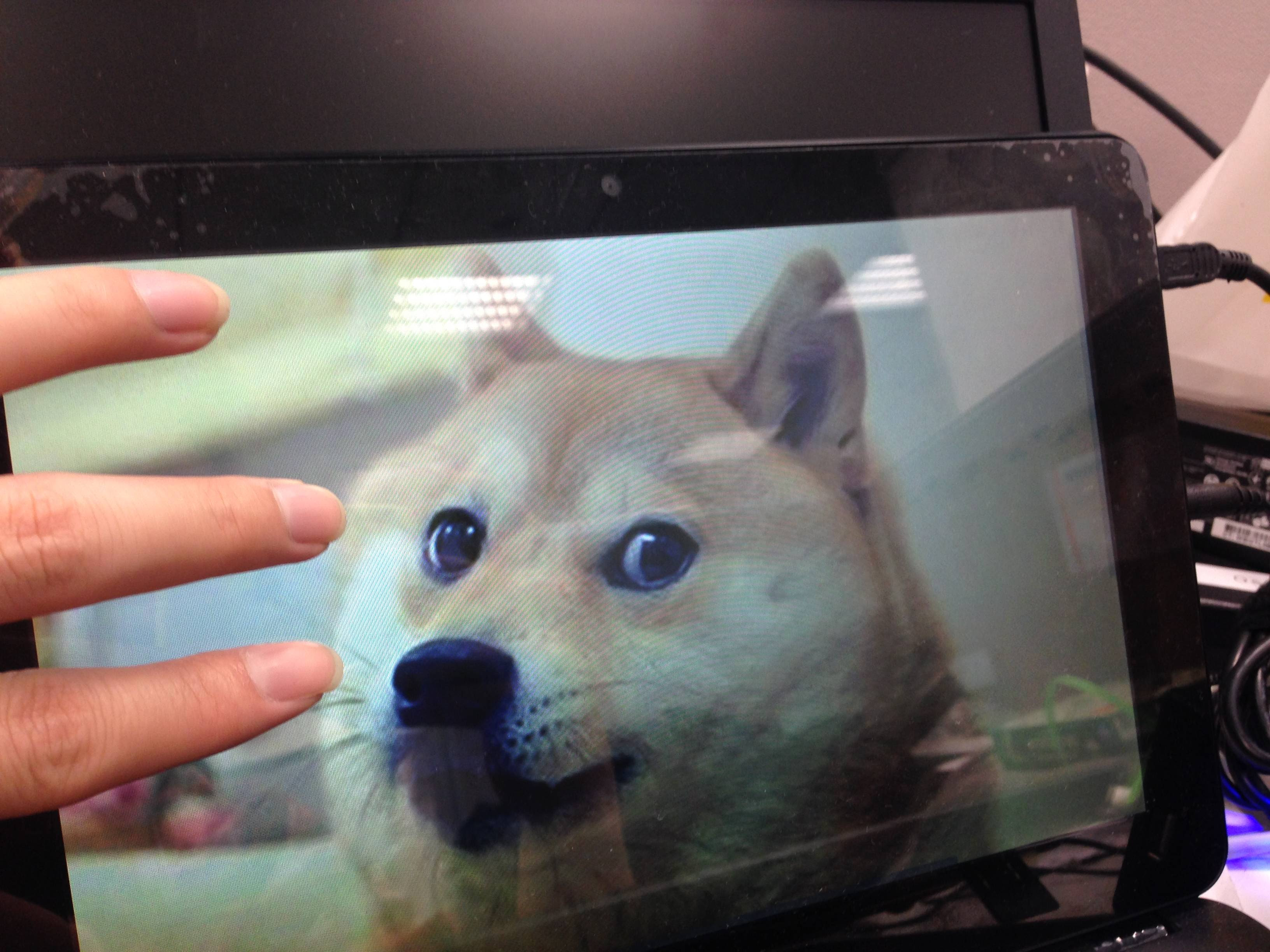 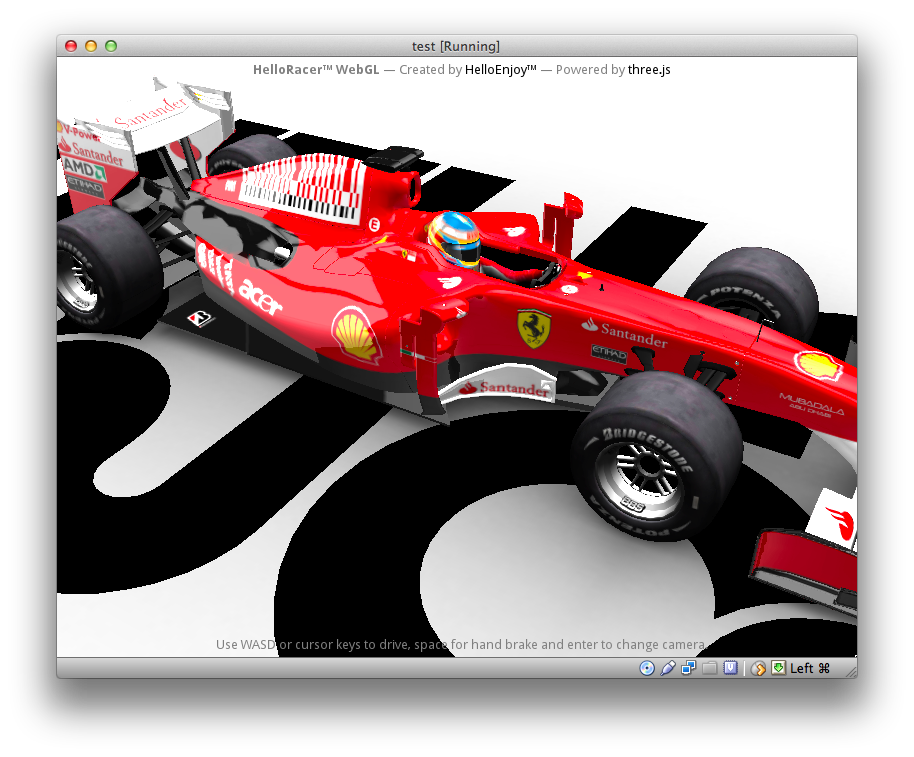 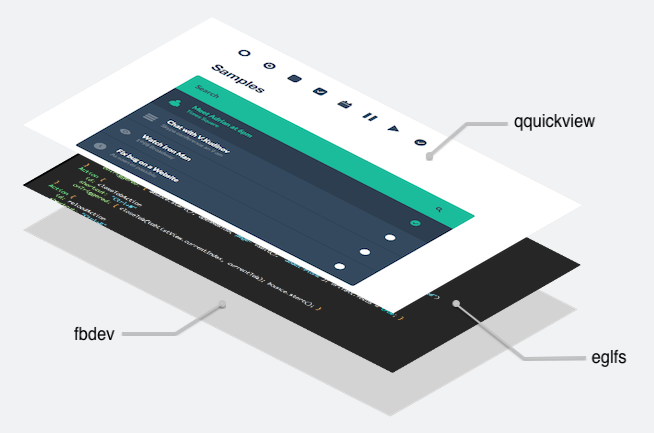 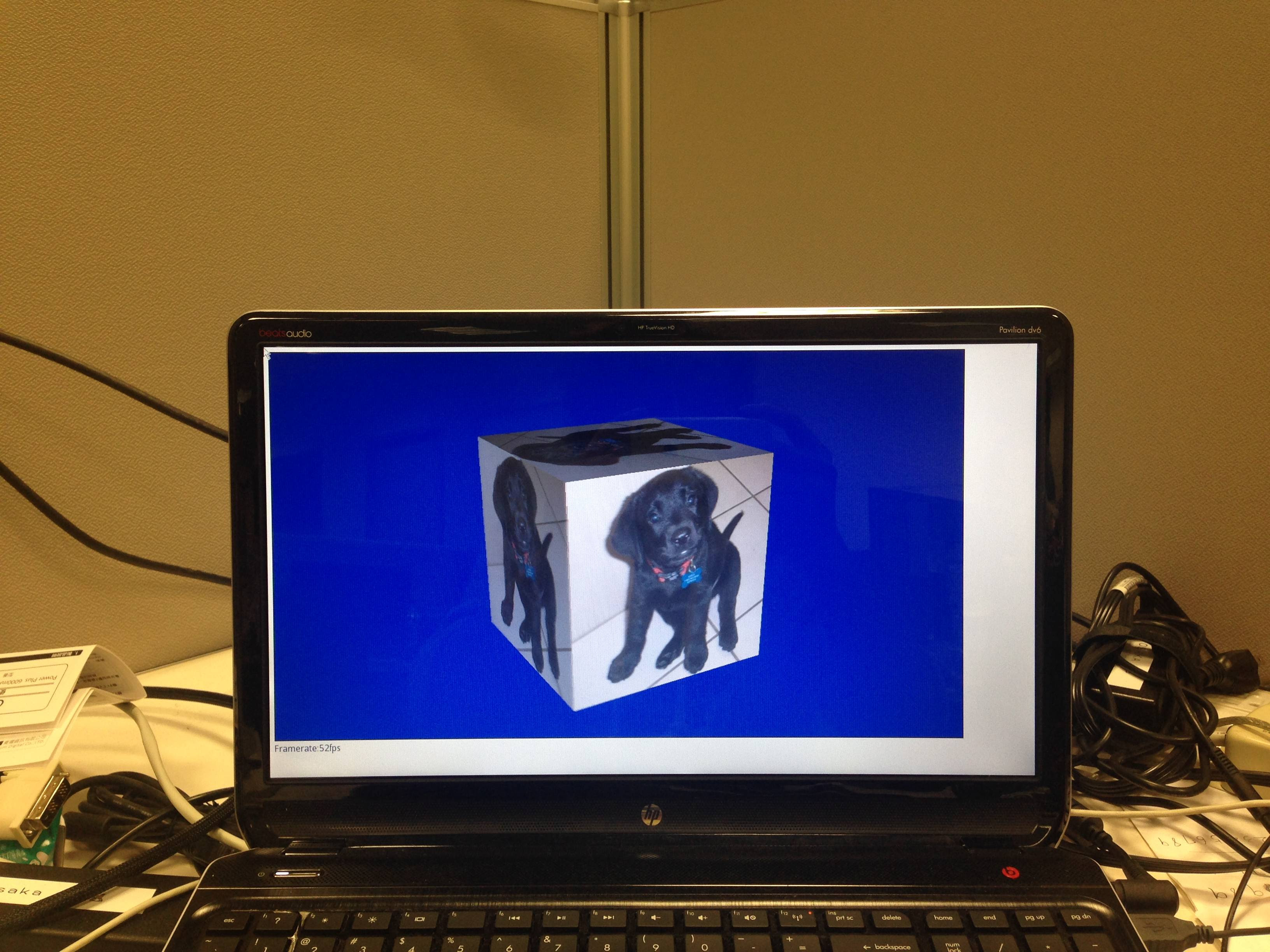 If you're like me, don't use QtCreator much, prefer command line and usually have a simple QtQuick view, then this is for you: https://github.com/penk/qml-livereload

QML LiveReload takes QFileSystemWatcher to monitor file changes, and lively updates the view when possible. It's no match for what QtCreator does but comes handy for simple projects.

Works on remote device too: