Hey, we got on PCWorld, check it out. 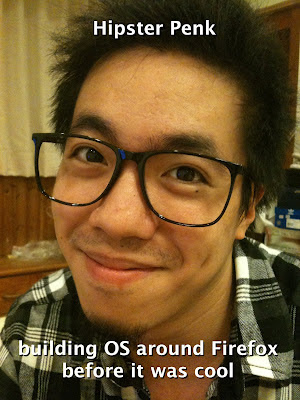 Since Mozilla is working on its super cool B2G project, we don't want people get confused because of the brand/name, so starting today, we're replacing all the term 'Firefox OS' with just 'Browser OS' on xpud.org website and all future release notes.

I'm aware that the stable xPUD release hasn't been updated for a while (and yes, I'm fully aware of the stupid and retarded project name, but I was 17 when naming it). In past two years, the market and customers' focus are moving rapidly from netbook/desktop onto touchscreen and remote controller based devices, which is very difficult for project like xPUD to make a general format image and let our users to play with.

So what to expect next in the following month?

When we first started xPUD project back in 2008, there's no such OS-built-on-top-of-browser thing, and the major audiences are only netbooks. Now we have xPUD/xPad running on phone/tablet, handy Web API, and Open webOS team is going to release their authoring tool Ares next month! I'll say it's the best of times. :-)